Why Are Traditional Agents So Angry With Online Estate Agents? 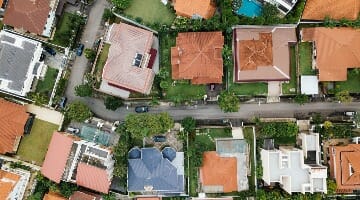 A Twitter account under the pseudonym ‘Mr Honest’ (@TheHonestView) has been dealing out estate agent advice to property buyers and sellers since August, but the advice does seem to come from a traditional perspective, with regular digs at purely online agents.

A clear differentiation between traditional and online estate agents is fees. Fees and the value which home buyers and sellers receive is also something which traditional agents often make angry remarks about.

I find it insulting when people compare online agents to high street agents. You save £1k on fees but lose £20k on price #nocomparison

Many homeowners who have sold houses through traditional agencies before and/or online have done their research, are already aware of the potential trade-off between fees and selling price. Perhaps what is making traditional agents angry is the fact that homeowners are aware of this trade-off but are still choosing online agents, as they prefer a guaranteed lower fee than a speculated higher sale price.

Linked with sale price is traditional agents’ belief that they offer a more professional service. Traditional agents have long advertised on the basis of local knowledge meaning a higher sale price and a more tailored service. ‘Mr Honest’ highlighting online agents as “amateurs”makes traditional agencies’ views clear. Again though, are they angry because of the poor service which homeowners are receiving, and potentially aren’t aware of? Or does a lower quality, generic service offer variety which homeowners desire?

It won’t be a surprise to anyone reading this article that members of the public don’t have much trust in estate agents. Estate agents are distrusted by 79% of the UK population and trusted by just 14%. UK newspapers often seem to fuel this mistrust by highlighting negative tails of uncommon deceitful estate agents, something which no doubt angers all estate agents. In the current economy though, we are seeing a rise in alternatives for property buying, selling and investment, from more than just online estate agents. Unlike traditional agents, these new services seem to be gaining positive press as news outlets look to provide their readers with a pleasant spin on the state of the economy.

Crowdfunding has recently seen a growth in popularity as a property investment channel. Purplebricks offers 24/7 service with local experts. And easyProperty offers new cheap alternatives from the established easyGroup. These new businesses and the exposure they are getting gives indirect benefit to online estate agents, but not traditional agents, as it promotes the buying, selling and investing in property online. If these truly are giving the UK population a wider range of quality services, can traditional agents be angry at this?

The growing popularity of Sarah Beeny’s television show “How To Sell Your House” is another potential source of anger for traditional agents. Beeny owns her own online estate agent (Tepilo.com), but isn’t the publicity from the TV programme fair, and just good marketing?

Agents Mutual is seeking to compete with online agents and portals once and for all, but questions remain as to whether it will have the marketing budget to succeed and whether it will provide the level of exposure which people have come to expect with Rightmove and Zoopla.

What seems to be a growing anger from traditional agents is no doubt magnified by other digital disruptions such as the growing popularity of social media – Twitter in particular.Twitter has fuelled arguments as it provides a public arena for online and traditional to shout each other down and to try and win the public over to their view of the market.

Twitter has no doubt made the battle more visible but it clearly isn’t the source of anger for traditional estate agents. Are fierce competition, quality over cost and lagging marketing strategies the real sources? Perhaps they are but they are no doubt not the only reasons.

If you enjoyed this blog post, take a look at some of our other top posts discussing the current state of the estate agent industry:

Want to know if there is a difference between traditional and online estate agents? We’ve done the research! Download our report here.

Want to generate more leads for your property business? Check out our live chat for property programme.